October 9th Luncheon Will Be Held At Multi Sports Facility

Click here for more information on The Multi-Sports Facility 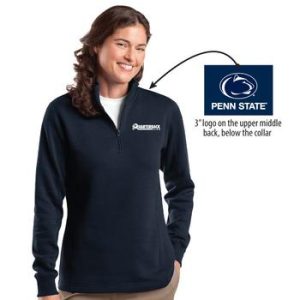 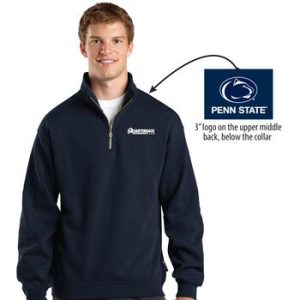 Quarterback Club items are special order only. Please read below for delivery dates:

If preferred, orders can be placed through Lions-Pride.com and shipped (ground shipping rates apply)

A portion of your sale goes to the Penn State Scholarship Fund, Inc.

Penn State and Kent State will kickoff at 3:30 p.m. when the two teams meet on Sept. 21 at Beaver Stadium,according to a team spokesman. It will be broadcast live on the Big Ten Network.

Kent State fell to Bowling Green last week, 41-22, and bested Liberty 17-10 in their opening game. The Golden Flashes went 11-3 last season and a perfect 8-0 in conference. Kent State had lost once all season before losing back-to-back games to end the year — the MAC Championship to Northern Illinois and theGoDaddy.com Bowl to Arkansas State.

The two tight ends joined fellow tight end Brent Wilkerson, who is out indefinitely after undergoing back surgery, on the injured list.

And although Carter and Lehman were key contributors last season and combined to catch 60 passes for 749 yards and five touchdowns, O’Brien said he doesn’t expect their absences to limit the offense.

Read more at CentreDaily.com
Posted in In the News

On behalf of the Board of Directors, thank you for completing your membership to the State College Quarterback Club for the 2013 season!

Parking is once again designated in Lot 44 (across from Curtain Road from the Mount Nittany Club as well as in the Beaver Stadium West Lot and the Bryce Jordan Center ADA (for those with special needs parking). Your parking permit is only good between the hours of 10:00 AM and 1:30 PM on Wednesdays, beginning August 28th and ending November 20th. Please plan your luncheon arrival and departure time around these parking permit hours. Any that are lost and require replacement throughout the season will cost $30.00 per replacement permit, and can be obtained by contacting Pete Rohrer via email at par4psu@verizon.net or call 814-238-8095

We are all looking forward to a great season!

O’Brien: QB Decision “By the End of the Week”

Bill O’Brien will wait until “the end of the week” to pick a starting quarterback for Penn State’s Aug. 31 season opener, the head coach said on ESPN Radio’s “Mike and Mike” show this morning.

“I’d say it’s pretty close right now,” O’Brien said of the quarterback battle. “I’d say by the end of the week we’ll probably make a decision. But whatever we do we’ll do what’s best for the team. We have two really talented guys there.”

“These are two of the best young quarterbacks that I’ve ever coached,” O’Brien told substitute hosts Adnan Virk and Jemele Hill. “Christian is 18 and Tyler Ferguson is 19. And these guys have come into training camp and really have had good command in the huddle. They’ve got a decent grasp of our offense. They’re throwing the ball well.

Read more at StateCollege.com
Posted in In the News

Penn State Football: How Did 2012 Offense Stack Up Against Nittany Lion History

The 2012 Penn State football season was one that fans will not soon forget. Coach Bill O’Brien brought to Happy Valley a fresh look on both the offensive and defensive side of the ball that left fans excited and onlookers impressed. But how good was 2012 really? Here is a look back at some of the standout performers on the offensive side of the ball.
Zach Zwinak: For someone who entered the season as an unknown, Zwinak made the most of his chances racking up 1,007 yards rushing. Zwinak is the 40th running back to break the 1000-yard mark at Penn State and is now just over 300 yards away from former Nittany Lion Stephfon Gren who tallied 1351 yards on the ground while at Penn State.
If Zwinak were to repeat his 2012 performance exactly he would pass Franco Harris on the all-time rushing list, good enough for No. 17 just behind Jon Williams’ 2042 yards. With six 100-yard rushing games to his name, Zwinak is currently tied all-time with the likes of Rodney Kinlaw and Bob Campbell, sitting on a 100-yard game behind Silas Redd. Curt Warner leads Penn State running backs with 18 games of 100 or more yards.

Read more at StateCollege.com
Posted in In the News

We all saw how the Penn State football team was led in part by quarterback Matt McGloin.

What made McGloin’s rise to a starting quarterback and leader of the offense so special was where the quarterback began his college career. He started from the bottom and worked his way from walk-on playing on the practice squad to starter.

With the scholarship restrictions placed on head coach Bill O’Brien’s team, he will need to rely heavily on what he calls “run-ons.”

This season will be the beginning of Penn State’s adventure that will rely on these walk-on players.

So let’s check out which freshman walk-ons will become household names.

Read more at BleacherReport.com
Posted in In the News | Tagged Penn State

By Joe Juliano — The Philadelphia Inquirer

Since Penn State received a four-year postseason ban, one of a series of sanctions handed down last year by the NCAA, the Nittany Lions have sought to find a game during the regular season that would simulate a bowl atmosphere.

That game might be coming next season. A published report said Tuesday that a deal has been finalized that will allow Penn State to open its 2014 football season in Ireland against Central Florida.

Read more at Centredaily.com
Posted in In the News | Tagged Penn State

The rookie mini-camps for the Eagles, Panthers and Seahawks ended Sunday.