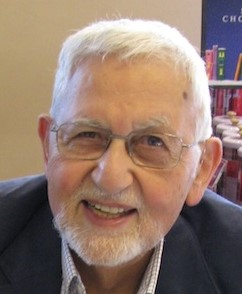 (The State College Quarterback Club officially started in 1941 but the history of the club goes back to the late 1930s when the group was known informally as “Monday Morning Quarterbacks.” Penn State sports historian and club member Lou Prato tells us how it all happened.)

Joe Paterno was still playing smash-mouth street football in Brooklyn when the roots of the State College Quarterback Club were planted decades ago, but he is the man who made Penn State’s football booster group the thriving organization it is today.

Little is known about the early days of the Quarterback Club that now holds a weekly luncheon for its 750 or so members, sponsors the team’s annual awards banquet and donates thousands of dollars for academic support. A search through Penn State’s athletic files, the Paterno-Patee Library’s sports archives, the digital archived Daily Collegians and other sources finds very little about the history of the club. However, two books written by two club members who were major personalities in the history of Penn State athletics, Ridge Riley and Mickey Bergstein, are helpful in determining how it all began.

Riley was connected with Penn State in one way or another from his undergraduate years (1928-32) until his death in January of 1976. He was the executive director of the alumni association from 1947-1970 and in 1938 created a weekly newsletter to alumni during the football season that still functions today as the Football Letter, written by John Black since Riley’s passing.

In his definitive book, Road to Number One, Riley briefly describes the official start of the State College Quarterback Club in 1941 but he also mentions the informal gatherings of a group known as the “Monday Morning Quarterbacks” before 1941.

Bergstein also graduated from Penn State (1943) and for 25 years taught marketing on campus. Bergstein, who died in 2012, was best known as a broadcaster covering Penn State athletics from the post-World War II 1940s into the 1970s and for years he was the master of ceremonies for the State College Quarterback Club luncheons.

Bergstein’s autobiography published in 1998, Penn State Sport Stories And More, is the earliest reference this writer found regarding the start of the “Monday Morning Quarterbacks.”  The first sentence of Chapter Four of his book cites 1928 as the start of that group, but that was typo.  He probably meant 1938 but even that year may not be correct.

As Bergstein wrote “a group of State College businessmen decided to ask Bob Higgins, the head coach at the time, to come to a luncheon or send one of his assistants, and offer comments about the game, along with films of the previous games. There was no television at the time and this provided a rare opportunity to see all the game, both home and away, along with appropriate expert comments and observations. Coach Higgins agreed and the State College Quarterback Club was born.”

There’s no doubt that the roots of the club was game film. Sometime in 1936, Coach Higgins asked some students to shoot film of a game so that his staff could analyze it. On Nov. 14, the students filmed Penn State’s next to last game of the season against Penn at Philadelphia’s Franklin Field. The Nittany Lions lost, 19-12, and when Higgins viewed the film, he realized the students had missed Penn State’s 94-yard kickoff return for a touchdown by Harry Harrison. He went looking for an adult to handle the assignment.

That’s how an amiable physical education professor and one-time Olympic middle-distance runner named Ray Conger became a frequent guest at the quarterback club gatherings. He was the chief cameraman for the game films from 1937 until 1977.

Wednesday, December 17, 1941 is recognized as the day the State College Quarterback Club was born.

“The strong finish of the 1941 varsity and the exciting undefeated freshman squad loaded with potential stars stimulated local interest,” Riley wrote. “Ready to promote practical support for the spontaneous enthusiasm were Assistant Coaches [Earle] Edwards and [Al] Michaels, the crusading Casey Jones, and a number of State College citizens spearheaded by Howard L. “Pete” Stuart ’22 and Robert Y. Edwards. ‘The Monday Morning Quarterbacks’ evolved informally for a number of years but organized officially in 1941 and met regularly at Wednesday luncheons.”

There was no follow up in the Collegian about that 11:30 meeting, although there was coverage of the banquet that indicated the athletic department paid for the affair. Furthermore, this writer could not find any other mention in the newspapers digital archives of either the Monday Morning Quarterbacks Club or its successor.

It’s not known where the new State College Quarterback Club met for the first time. Based on the Collegian, that December meeting at the Nittany Lion Inn in 1941 may have been simply the reorganizational meeting. However, both meetings could have been at the Elks Club, the place most remembered by long-time Quarterback Club members and retired Penn State athletics staffers as the site of many luncheons. There were three actual buildings that served as the home of the lodge. In 1938, the Elks Club was located in a house on the edge of downtown at 701 West College Avenue, on the northwest corner of Sparks Avenue. It’s now an apartment house. Sometime in the 1940s, the club moved into a small building at 119 South Burrows Street, on the southeast corner of Calder Way which is now the site of a large office and apartment building next to the Daily Collegian office. In the mid-1980s, the Elks constructed a golf course complex near Boalsburg, and the Elks closed the downtown building in 1989.

The Elks Club was not the only luncheon site for the State College Quarterback Club. From the post-World War II war years and through the next three decades,  it not only met at the Elks Club but at various places off and on campus, including the State College Hotel, the Nittany Lion Inn, the Autoport and the student union building. (The team banquet, which is now being held annually at the Penn Stater Conference Center, also moved around over the years, including the use of the main floors of Rec Hall and Bryce Jordan Center.)

The game film format that began with Higgins lasted until the mid to late 1970s, but none of the current members remember when the game films stopped. In his book, Bergstein aptly described what went on with the game film every Wednesday at lunch, starting with Higgins:

“It was a really interesting way to watch the [game] film if you were a serious football fan. The coach would stop the projector many times and ask the audience to watch certain things during the upcoming plays, things all of us probably had missed if we watched the game live. He would point out a certain well-executed block or would note when a player totally missed an assignment and what happened as a result.”

Higgins also would frequently stop the projector and run it backwards and forwards several times to make his point on a particular play. The members loved it. Often, Higgins would send one of his assistant coaches to review the film, and when Rip Engle became the head coach in 1950 he would send his assistants most of the time. By the 1960s, the State College Quarterback Club had about 100 members.

“Joe would use the quarterback club to test what he said to the media,” remembered Phil Seig, the principal owner of Toftrees. “Joe would make various statements and sense how the reaction was and that would temper what he was going to do with the media.”

The media sessions following the luncheons lasted until the 1985-86 period when a joint live and telephone news conference for statewide and national media  was set up in the Beaver Stadium media room a day before the Quarterback Club meetings, and that continues to this day.

As the State College Quarterback Club grew and needed more space for luncheons, it moved from Toftrees to the Nittany Lion Inn and to the Penn Stater Conference Center before finding a new home in the Mount Nittany Club at Beaver Stadium in 2003. It was also was Paterno’s idea to add player interviews to the format, going back to the Toftrees period.

Although there was no formal policy, women were not part of the Quarterback Club until the mid-1970s. Pat Farrell, well-known professor in what became the College of Health and Human Development, is recognized as the first woman member. Carla Jeramias became the first woman to serve as club president for the 2009 and 2010 seasons. Lisa Schroeder was the third women president in 2015 and 2016.

Vince Dadamo is now serving his second year as president.

The president is part of a 20-person board that runs the Quarterback Club. Many past presidents are still members of the board, which also includes three members of the Penn State Athletic Department: Vice-President for Intercollegiate Athletics Patrick Kraft, Director of Football Administration Kevin Threlkel and Director of the Football Letterman’s Club Wally Richardson. The board formally meets twice a year, in late spring and late summer.